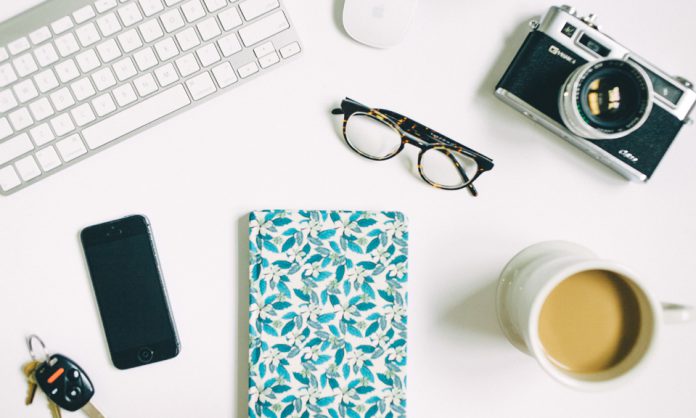 A Mother Was Born

I don’t believe that it was a coincidence that I discovered what it is I really love to do around the same time I become a mother. While I was pregnant with my first baby, I knew that I wanted to quit my full-time job to take care of her. After years of not being certain I could conceive a child at all, I knew if I would ever blessed to be a mother, I wanted it to be me who would nurse her, bathe her, cradle her, and play with her throughout the day. For a while, I refused to hire any form of help, and was determined to do it all myself. It was a beautiful season we had as an inseparable duo, however short it was.

And then a Writer, and an Entrepreneur Soon After

While at home I found myself with plenty of time on my hands while my baby was asleep. And it was then that I really started to write. I set up a blog and wrote a few stories about my birthing experience, and my reflections on the newness of motherhood. At the same time, my fellow mama friend and I started taking steps toward launching our small business. We had been planning for several months, and put it on hold for a while after I gave birth. But once caring for my baby became more manageable, we started moving forward with our plans and launched our swimwear line online during the summer of 2015–when my baby Teresa was 4 months old. By that time, I was officially a freelance writer and a mompreneur. A lot had changed and the opportunities started to come one after the other…which also happened at a time when I started looking for work for two reasons 1) to help my husband with financially supporting my family and 2) because I was finding a real fulfillment in writing, and in marketing our swimwear business online. I started to think seriously about whether all this was a part of my life’s calling to do this too.

The Name of My Third Child is: Guilt

But with these changes came many feelings of guilt. By the time I started working part time with a PR agency, I also discovered I was pregnant again. My second child would be born in January 2016, and my two babies would be 13 months apart. I knew with certainty that it was necessary for me to work to support my growing family, but I also missed my children very often. I missed them even though I was away from the home for only 4 hours and worried constantly about my changing yayas. I worried that they would know me less and love me less than their yayas. And then I felt guilty as well while I worked at my desk while they played in their room at home. All this despite the fact that I had much more time with my children than most moms would hope for, and that I knew my reason for work was very real. This was no selfish whim. We needed the income, and I knew in my heart that I was doing the right thing.

Causes and Consequences: Analyzing My Guilt

And so from an objective perspective, what I was doing was something that was truly good. So where were these feelings of guilt coming from? Here are my musings:

My idea of what a good mom would be. Before actually becoming a mom, I had this idea in my head that to be the best type of mom, a woman should be completely focused on the home and on the family. So I would spend days at my desk counting down the days and hours until I could finally spend entire days at home with my baby. I had romanticized the stay at home mom, and the housewife, and was more than willing to pour my entire self into those roles. This is my vocation, I thought. Thus, when other things–namely, work started to eat into my time, the guilt came with it. When I wasn’t with my children or my husband, I felt like I was falling short of fulfilling my vocation, when in reality, I was actually working for their benefit.

Spending time with only like-minded mama friends. I remember asking my sister in law: is it still possible for me to be a good mom, while working full time? Her response to this was: “Pat! Don’t you have any mama friends who work?” And my answer to that was, well..not ones that I would talk to on a regular basis. So the only version of motherhood that I was exposed to was the housewife and the stay at home mom.

Failing to recognize that my talents, and personality are a big part of who I am. I’ll admit that even as I was busy glorifying the SAHM and the housewife, there was one aspect to it that I could not reconcile with those roles. I believe in the principle of teaching by example. And I knew I wanted to raise my daughters to pursue their dreams—whatever they would be. But how could I set that example if I wasn’t living the reality myself? And what were my dreams anyway?

At the time, my biggest dream was to be a mom. And that was fulfilled. But what if they wanted to do or be something else? How could I show them if I hadn’t achieved these things myself?

Putting motherhood on a pedestal. I had completely convinced myself that motherhood was my highest calling (and I still believe this is true, right next to being the best wife I can be to my wonderful husband)…what I did not realize that I had turned it into my only calling. I suppose that was where my problem was, and a major source of guilt. But reconnecting with the world through my work made me realize that there is much to life than caring for my family. There are people to meet, help, learn from. The world is bigger than my small family, and my role might be bigger than what I thought it would be too.

I’ve always lived very purposefully, and I slowly (and maybe also very painfully) realized that the use of my talents through work are a part of my ultimate fulfillment as a woman. And I want my daughters to understand that too. I want to set an example that women are capable of doing amazing things.

Does that make me a bad mother?

And so why does #momguilt and work always seem to belong in the same sentence? Perhaps it is high time to change that.

No, we cannot kill ourselves trying to do it all, but we also need to stop killing ourselves for wanting to do more than what our conventions require. Motherhood looks different on every woman, which is why I believe that the guilt should look different too.