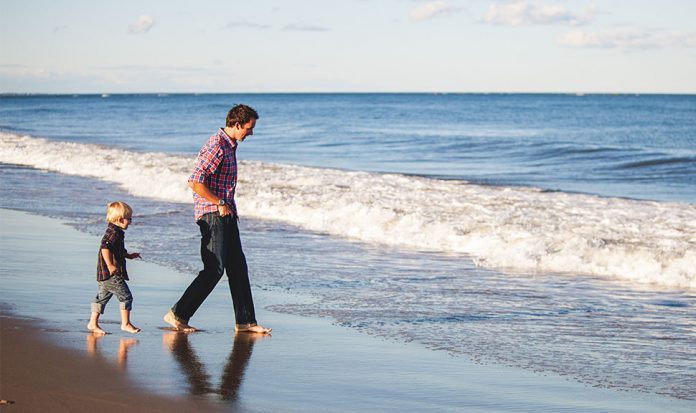 21st-century dads are changing the world and giving new light to the usual dad stereotypes. And just like new moms, we also have our own set of challenges. Another sad thing about fatherhood is we have to remain in control which is why most of the time we have to keep our thoughts to ourselves.

My son was the best thing that has ever happened to me. He has given me a renewed sense of purpose and the motivation to always do better. But, as much as it is a joyful experience to become a dad, it also comes with a different level of challenges.

Here are some of my confessions about becoming a new dad:

1. I was clueless about how to bond with the baby

I was practically walking in the dark with my eyes closed for the first few weeks. That’s how clueless I was when we had my son. It was a thrilling and exciting moment for us, but the first few months involved big adjustment for me.

His mom looked natural with parenting, as for me – well, I had to learn everything from holding the baby, to properly changing the diapers and even how to be alone with the little guy.

It was very exciting but if someone had told me that he or she’d take over for the first few months – I’d gladly hand my son over.

It was as if she was this bipolar person that I have to avoid during her bad moments. Postpartum differs from one mother to another. What my girlfriend had was this crazy, high and low moments. Overall, it was manageable but, there were tough times too.

She’ll be all chill and happy one moment and the next minute she’s momzilla. She would have this extreme surge of emotion every now and then. I eventually got worried if she’s ever going to come out of it – she eventually did.

When the dust settles and her hormones are all well and good,  she’ll come back to her true self. It’s tough and for a rough patch like this, you need to have developed a strong partnership.

3. I got jealous of the baby

At one point I was scared that my girlfriend will stop taking care of me and my needs.  The mother-son relationship is so strong that I would sometimes get jealous of our baby. I know it’s crazy but it does happen in real life.

It was also part of the adjustment for me because I’m no longer the only man in her life. There are two of us now. Eventually, I realized that I was being silly and just plain paranoid for even thinking like that.

4. I cried when my son finally recognized me

Your child will not have that same emotional and chemical reaction to you as compared to what they have with their mothers. It will take some time before they realize who you truly are in their life and sometimes this even takes months.

At first, I was really feeling bad because I know in my heart that my son doesn’t recognize me. I would know this because he doesn’t have that same sense of excitement and connection when it’s just the two of us.

When he was around 8 months old, I remember being alone with him and he was staring right at me and I can sense that he knows that I’m his dad. He finally truly recognizes me. For the first time, I felt connected to him and that moment made me cry.

5. I’m constantly scared that I might not live up to his expectations

I’m constantly scared that I will fail my son as a father. That I will fail in teaching him what he should know to be a good person when he grows up.

As a father, you will be your child’s first male role model and that comes with some pressure. You have to make sure that you set a good example for your son, show him how to respect other people’s opinions, show him how to be a gentleman, show him that showing emotions is okay and a whole lot more. It is up to me to show him what it means to be a good man in this diverse world we live in.

While I’m not perfect, I often re-evaluate my behavior and check to see if it’s something that I like my son to see.

My name is Kyle and I’m a father, a writer, and a struggling entrepreneur. I believe that dads are just as awesome as mothers, only cooler. When you don’t see me changing my son’s diapers, you can see me on my blog.