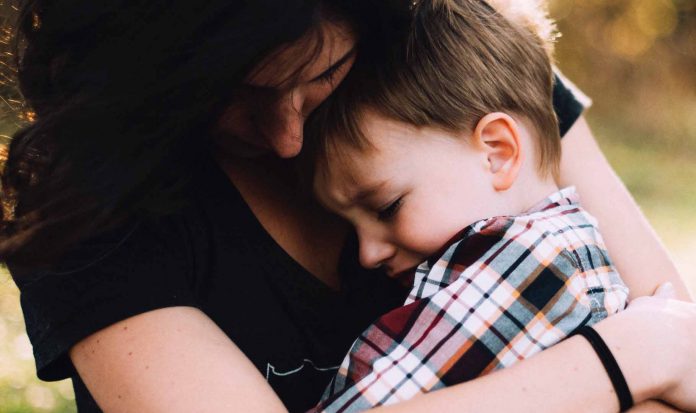 It might be weird to say this but if I could go back to my childhood days in my present form and knock my two cents to my parents, I’d probably tell them that this girl could use some tough love. Acts of discipline have not been a norm in our household and frankly, now that I’m a parent who administers such, I am pro-rod.

Here is how my daughter and I usually go about our discipline sessions:

Step 1: Confrontation – Waiting for the child to open up and admit the committed disobedience

Step 2: Repentance – The little one apologizes to parent/s; a prayer of repentance to God

Step 3:  Explanation – Assuring the kid that discipline will be done out of love and correction as a result of disobedience to the rules

Step 5: Restoration – Reminding the child that he/she is loved; parent prays for the child

My little girl will be turning 5 this year, and as early as now, I’m already seeing positive impacts of the rod of discipline to her behavior and character. Let me jot these down here to give you an idea of why I’m advocating the rod of discipline as an effective parenting tool. Maybe you can consider it too!

When dealing with children, I think all of us can agree that unspoken rules just don’t and won’t work. By defining the rules, making it known, and ensuring that these are followed, we gain an authoritative ground. However, we can’t expect immediate, wholehearted obedience if we are not relational and intentional towards them first!

Benefit #2: Right and wrong: Understanding the causes and consequences

Once my kiddo eased her way into our discipline routine, I saw her gain this sense of cause and consequence. From a retaliating tot, she now shows acknowledgment of any form of her disobedience and understands that these will lead to loving acts of discipline. In her own words, “I will be spanked because I did something wrong and because you love me. You want to correct me.”

This is probably one of my favorite fruits from the rod of discipline. The sight of the rod usually petrified my child, causing her to lie instead of telling the truth because she didn’t want to feel the pain. That is why it’s important to be relational with the children first before you consider incorporating the rod to your parenting. With a rock-solid parent-child connection, the little ones will find it easier to confide in you, as well as trusting that the butt swats are for their own good.

Benefit #4: Learning the difference between discipline and punishment

It is common for kids to be afraid of something that makes them cry, that makes them feel pain, and leaves them vulnerable. Punishment is given as a direct consequence of something evil. Grace, on the other hand, is giving something undeserved. The latter is an attribute of discipline. For every offense done, logically, spanking shouldn’t be enough a consequence. However, because of love, there is grace in giving them corrective pain that is below what we think they deserve.

Since the end of discipline sessions signals reconciliation between parent and child, the kids will grow up knowing how to tie up loose ends, not letting any argument mellow down to a sour note between two parties. They will value relationships as they age because they saw how they were valued despite their recurring mistakes.

How I personally practice discipline is something that is constantly evolving based on my daughter’s age and life season. As each child is unique, there is no single correct way to do it. The idea is to do it in love, not out of anger. Following this principle, whatever rows your boat then. 😉

Cha is a 20-ish something Christian, solo, millennial Nanay to a soon-to-be 4-year old little girl. While working as a creative in an advertising agency, she finds time making music, travelling, and spacing out once in a while.