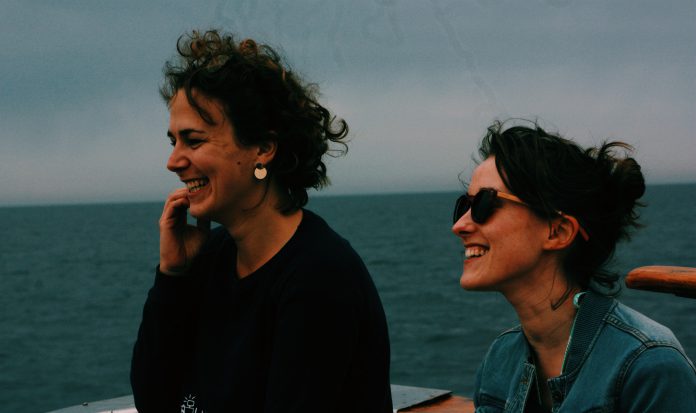 If you’re a member of a Facebook mommy group, then I’m sure that the sight of moms’ posts (and rants) over issues with their in-laws is a normal thing for you. Most of these posts can range from rants over simple disagreements in running the household and even big fights over proper care of the kids.

As a wife and a daughter-in-law, I can sometimes relate how frustrating it can be to deal with our in-laws. Personally, I think most of the disagreements and frustrations — in both ends, can be attributed to the simple fact that we met each other and became a family at a time when both sides are fully formed individuals, and chances are, were raised differently. For example, I was raised by my single mother in a more or less “democratic” household, and our relationship has more or less evolved into a friendship since my teen years. While my husband’s parents, on the other hand, had a more traditional (and kind of totalitarian) approach with their kids. This is not to say that one is better than the other because I’m sure both sets of families had to adjust with the circumstances they’ve been given, but considering the differences in upbringing and family dynamics, personalities are bound to clash.

Having said that, us moms, have to recognize and accept the fact that our in-laws are a major part of our husband’s lives and by default, our and our kids’ lives as well. So it’s best to accept this and try to maintain civil and friendly relations with our in-laws as much as possible — because let’s admit it, it’s harder to re-establish a relationship that has turned foul. So here are a few tips in dealing with in-laws that can hopefully help prevent an all-out war with them.

With your husband or partner that is. My husband and I have a default arrangement about this — I will take care of all communications with my side of the family, while he will do the same for his. The reason for this is simple: I know how to best talk to my mom while he knows how to best approach his parents.

At the same time, it’s also best to work and deal with issues first with your husband so that you can present a united front to both sets of parents. Doing so can also prevent any issues between you and your partner because always remember, you are your own family unit and your family’s welfare should always come first. Not the original family you had with your parents, but the current family you have right now.

Another general and hard fast rule related to this is that both you and your partner should not put each other in a situation wherein one of you had to choose between your partner and your parents or family relative. Always try to understand and support each other’s bond with their respective families.

Set your family’s own boundaries and limits and enforce them.

Now that we’ve established that you and your husband/partner are your own family unit, then it’s also logical that you both get to decide on your family’s values and household rules. It can be simple rules involving the kids such as no sweets after dinner, up to the uhm more complex ones involving even the in-laws such as no big amount loans to relatives. Decide within your family first which ones are non-negotiables and then communicate them to both sets of in-laws. Emphasize that these are your family’s rules and values that you both have decided on and would like to implement.

The next thing is to actually implement what you have decided on. And there’s no other way to do it but to STICK TO YOUR GUNS.

Know yourself and let go of stereotypes as well.

As I’ve said earlier, we meet our in-laws as fully formed individuals — so we don’t have to remake or transform ourselves into the person we think our in-laws want. For us moms, we don’t have to try to be the perfect Stepford wife if we know ourselves that we are career women. Knowing ourselves and being true to it will go a long way in being generally happy and content with our family life.

At the same time, we can’t remake our in-laws into who we expect them to be as well. If your friends’ in-laws are more than happy to take the kids for a day or a week, don’t expect yours’ to do the same as well. Every family situation is different and every in-law is different. Just accept your in-laws as they are.

Be mature and stay kind.

If our parents think that we can do no wrong, then we cannot expect the same from our in-laws. It would be easier to accept the fact that our in-laws are different from our parents and as such, do not follow the same rules. So this means that the things we can get away with our parents, might not apply to our in-laws. So it’s always best to tread carefully. Yes, we can implement our own rules and values for our own families, but we can also let go or negotiate other small issues to keep the general peace.

At the same time, it’s best to keep Cinderella in mind — have courage and be kind. Yes, we might want to gnash our teeth and bite their heads off, but always remember that this is a long-term relationship — and we just might end up regretting words said in anger forever. So let’s try to think our words and actions first thoroughly before doing anything. And if we really can’t, then smile. Easier said than done, I know.

Em is MomCenter’s editor and a doting mom to a decisive yet sweet daughter and a new bubba. When she doesn’t have her hands full of motherhood, she moonlights as a geek and bibliophile. Follow her mom-adventures via her blog at The Maldita Mom or her Instagram. 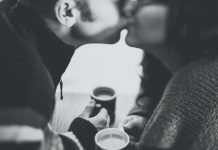 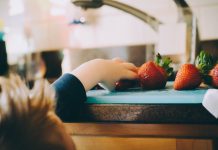 8 Life Skills to Teach Your Kids while on Quarantine

Don’t Kiss My Baby — 11 Ways to Say So Creatively

Baby First Aid: What can Mommy Do When Baby has a Cold?