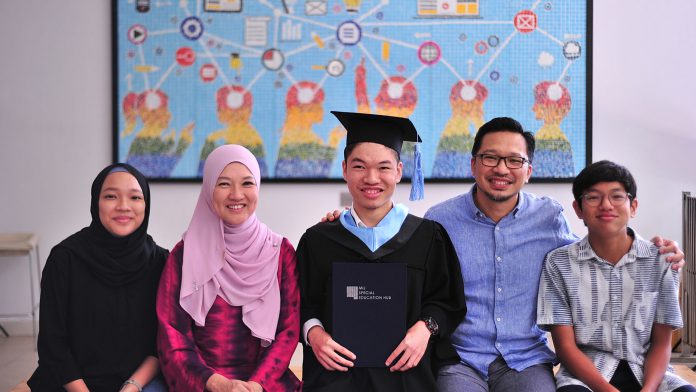 Having a child with special needs  is indeed challenging. However, what makes the challenges worthwhile are the many lessons learnt throughout the journey in bringing up the child. Mdm Faraliza Zainal is one such parent whose son has Autism. In fact, her son, Ashraf, has inspired her and her husband to establish a special needs school. They both founded MIJ Special Education Hub based in Singapore.  Established in 2011, the school gained international acceptance and will be opening a new branch in Kuala Lumpur, Malaysia.

She prioritises her son’s well-being

Her son was first diagnosed with a rare disease, Tuberous Sclerosis, an uncommon genetic disorder that causes noncancerous (benign) tumors — unexpected overgrowths of normal tissue — to develop in many parts of the body. This condition led to his frequent epilepsy attacks. At age three, he was diagnosed with Autism and sensory processing disorder, a condition in which the brain has trouble receiving and responding to information that comes in through the senses. With all these conditions, it took a toll on Mdm Fara. Taking care of Ashraf requires much effort. Furthermore, his frequent epilepsy attacks kept her awake at night to tend to him. She eventually left her corporate job so that she could spend more valuable  time with him.

At first, it was not easy for her to accept that her son was different. She was in denial for about two years. Her son was full of energy and behaved differently in public. For instance, he would walk in a mall with a huge ‘giant’  torch light as he used to have special interest in torch light. He would have ‘meltdown’ in the mall when his needs were not met. At the beach, he would throw sand at his peers as he thought it was a way to make friends. She felt judged when others questioned her ability to raise him well. Hence, she rarely went out to public places with her son. As for invited gatherings, her stay was brief.

Her perception changed when she was asked to reflect and acknowledge that her son is a gift for her and she has the capacity to educate and nurture him. She began to accept that he is not like any other typical child. He is different, but special in her eyes.

Not only that her son has Autism, he also has limited speech due to frequent epilepsy attacks. Thus, he doesn’t talk much as he has difficulties expressing himself and is selective with his spoken words. Mdm Fara needed to know more about his conditions, in the hope she can help her son express himself with ease  and interact appropriately with others.

She did research through lots of readings, attended courses and took up various certification pertaining to special needs education. She understood that early intervention is important. Therefore, she played a big role in Ashraf’s intervention including movement therapy in addition to sending him  to other interventions in his early years. Mdm Fara adopted methods and therapy that work best for her son. Most importantly, she placed emphasis in his moral upbringing and sound religious education. Today, her son is a calm young adult and is open to interacting with others and engaging in social activities. 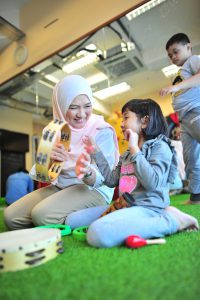 She felt the concerns of other parents who have children with special needs. She wanted to fill the education gap for these children. Thus, in 2011 she and her husband decided to first hold the weekend classes for them that focus on ethical behaviour management. It first started off with less than 5 students. Now, in Singapore, they have about 280  students, aged four to thirty years old, enrolled in their school across three centres, providing various programs; daily and weekly.

Most parents, like Mdm Fara,  are also worried about their children’s future. With this in mind, it taught her to think ahead for ways to plan curriculum or activities  that will help them discover their full potential and integrate into the society. MIJ does not only incline to functional academic programs or daily living skills, the students will also learn vocational skills such as in F&B, in art, baking, sewing, packing and leather making to prepare them to enter the workforce based on their best abilities. If not, at the very least, she hoped that these students are able to be independent to take care of their daily needs. 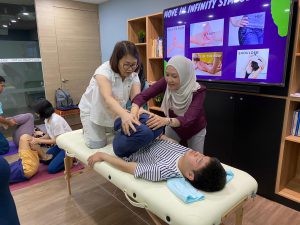 Expanding to other countries

Many have asked her to expand her school to other countries. They believed in the effectiveness of her school curriculum to educate these individuals with special needs  and have seen improvements in most of her students, most noticeably her son. Malaysia is keen and has collaborated with her to help set up a branch in Kota Damansara, Kuala Lumpur. It will be launched in June this year.

Those who are interested to enrol their child in MIJ Special Education Hub in Kota Damansara, Kuala Lumpur can email to admin@mijeduhub.com or call +6012-7785939.