Viral posts of cheating husbands/partners or wives letting it all out against the mistresses are pretty much a common sight on social media, which is unsurprising since infidelity is a big challenge for any relationship. It’s a betrayal that can bring about a loss of trust and destroy not only the relationship of a couple but tear apart families as well. And while we pray and wish that it doesn’t happen to us, it’s still better to be perceptive and on guard.

Some say that wives can trust their gut feeling when it comes to infidelity. So if you feel that there’s something wrong with your relationship, here are a few other red flags that could mean that he might be guilty of cheating.

If your partner is cheating then chances are he will try to conceal it. And to do so, he has to cover up his tracks and will then go to great lengths to secure his privacy. This can be considered a major flag especially if you and your partner are more open about your affairs before. Some things to look out for are:

Cheating is stressful and stress can lead to sudden personality changes. Some changes to watch out for including your partner unusually becoming more aggressive, angry, negative, critical, or even joyful.

Aside from his disposition, you should also be wary of changes in his appearance, such as how they look, how they dress, how they talk, or even his interests and hobbies. Although a person’s inclinations could change, any sudden preference shifts could mean that they’re trying to connect with another person.

His actions do not make sense

His finances do not add up

Another big red flag in a cheating partner is if it begins to reflect on his bank account. This can be more evident if you share an account — look out for unexplainable transactions in restaurants, hotels or resorts, flower shops, or even jewelry stores. Pay attention as well if you notice that these transactions took place in areas your family don’t normally frequent.

On the other hand, this might be hard to track if you maintain separate accounts. But you can still watch out for small clues such as a change in his spending habits or even him becoming extra secretive about his finances. You should also be wary if he suddenly has expensive items or starts to spend more lavishly even if there’s no big change in his financial situation. This could mean that he’s receiving these as gifts and favors from someone else.

If your partner does not spend as much time at home and goes out on frequent trips to the mall, grocery, or “appointments” and comes back with nothing to show for it should be cause for concern as well as this could mean that he’s spending these periods with someone else.

He doesn’t want to be intimate

If your partner is getting his intimate needs met by someone else, then chances are, he would be uninterested in getting intimate with you. A major red flag that your partner is cheating is a decrease in physical touches such as hand-holding, kissing, hugging, or even sex.

Aside from intimate acts, this can also include your connection with him such as having meaningful conversations.

He starts to treat you differently

If your partner suddenly starts to be overly critical of your appearance or behavior, then it might be time to consider if this might be because he’s comparing you with his new lover.

You should be wary as well if your partner starts to accuse you of cheating, being emotionally or physically unavailable, or changing too much, as he might be trying to project his guilt on you. And if he thinks that you’re cheating as well, then he can use it as a justification for his cheating behavior. However, try to stay focused and watch his actions well.

He gives you an STD

If you start to show any signs or symptoms of a sexually transmitted disease, then it’s time to confront your partner as his cheating is putting you and your family’s safety at risk.

He is cheating, now what do you do?

It must be said that while some relationships survive infidelity, some do not. And only you can decide what’s right for yourself, your family, and your situation. Stay strong, mama. 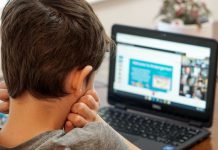