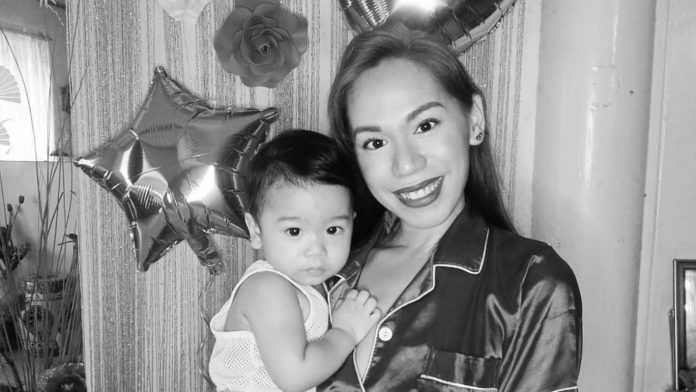 Losing a child is every parent’s worst nightmare, especially if it happens so unexpectedly. For Angelica De Leon-Panganiban, this terrible nightmare happened on January 14, 2021.

It was a normal day for Angelica. She was up at 6 in the morning to make breakfast and a few minutes later, her son Alonzo woke up. They went on about their morning — Alonzo was watching Blippi, he had his taho, he was playing in their room, and at around 11 AM, he was breastfed until he fell asleep.

Then, the afternoon came. After doing chores, Angelica was about to lie down when she noticed something strange.

“Around 1PM when I was about to lie down, I saw his pillow soaked with sweat so I checked on him and that’s the time that I saw his lips [were] already purple-ish. I tapped his cheeks and [shouted] for him to wake up but when I held his hand, it [was] already cold. I did a mouth-to-mouth resuscitation but I can no longer hear his heartbeat,” Angelica recalled.

Angelica immediately rushed Alonzo to the nearest hospital. But, when they saw him, her biggest fear was confirmed — Alonzo had already flatlined.

“I rushed him to the nearest hospital and when they saw Alonzo, he already [flatlined] and they said that it’s already difficult to revive him but we still maximize the Epinephrine (the one that they gave for his heart). At 2PM, they declared Alonzo [was] already dead.” she said.

When she asked the cause of death, the hospital said it was aspiration which, according to Medical News Today, is when a person accidentally inhales an object or fluid into their windpipe and lungs and can lead to coughing, difficulty breathing, discomfort, and sometimes choking. The hospital also told her it was “somehow SIDS” because it was “very sudden and unexplainable.”

“I am shocked and I cannot think straight. But, when I saw Alonzo’s mosquito bites [had] turned purple, I [knew] in my heart that he [was] already gone because I know there is no more oxygen in his body,” she said.

But, who is at risk for SIDS?

As the name suggests, SIDS or crib death is when a baby dies during sleep with no warning signs or a clear reason. According to the Mayo Clinic, SIDS can strike any infant but researchers have identified several factors that could increase the risk. These are:

While the exact cause is still unknown, it’s important to always keep your baby safe. Here is how you can reduce your baby’s risk:

For Angelica, she reminds all mommies and daddies to always be vigilant. “You always have to keep an eye to your children as much as possible. Always put them first. Do not leave them alone especially when they are sleeping,” she said.

Angelica is still at a loss, but she hopes she can help and support others through her story and her online community.

“Whenever I feel like crying, I write and post it to my page and I feel like I have the whole universe as my support system whenever they show their love and support through their comments and messages.”

To know more about Mommy Angelica’s story, you can visit her Facebook Page.