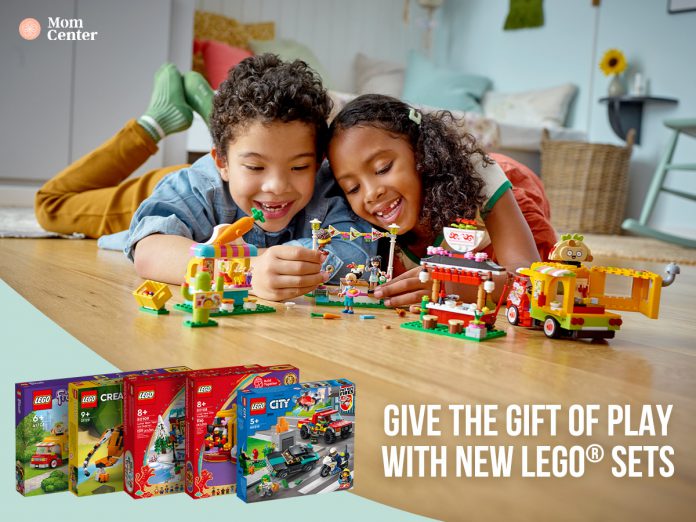 KUALA LUMPUR, 24 January 2022 – Ahead of the Chinese New Year, The LEGO® Group has revealed two new Chinese Traditional Festival LEGO® sets to inspire families to discover the cultural heritage and stories behind the festive celebrations.

Encouraging creative play across all ages

The LEGO® Group is also inviting shoppers to give the gift of play to their younger ones. Children can take the role as their fireman or police officer heroes in 60319 LEGO® CITY Fire Rescue & Police Chase for some action-packed play to capture a crook who started a fire when he hits a traffic light while on the run. For children who look forward to having their fill of the tantalising food during Chinese New Year, they can role-play with 41701 LEGO® Friends Street Food Festival and take their pick from the taco truck, juice bar or ramen stand before sharing the food around the big table in the middle. What’s also different in the LEGO® Friends sets are the additional minifigure heads with different face expressions for varied storytelling. Shoppers can enjoy 20% off the two LEGO® City and LEGO® Friends sets across all retail platforms from 3 January – 28 February 2022.

Rohan Mathur, Marketing Director of LEGO Southeast Asia, said, “With our line-up of LEGO® sets and activities to celebrate the Chinese New Year, we invite shoppers to give the gift of play as we look forward to new opportunities, growth and a fresh beginning. We hope that the play experiences and festive activities can continue to inspire and encourage children’s creativity and imagination through the LEGO System in Play.”

Visit the LEGO Malaysia website and LEGO Malaysia Facebook page for more information on the LEGO® Chinese New Year sets as well as the latest offerings and promotions.