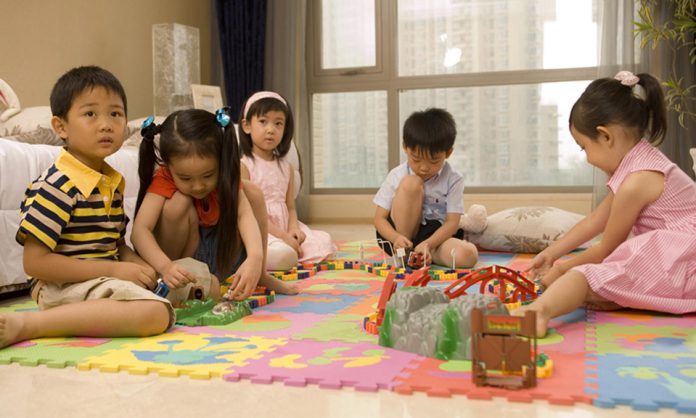 A child’s ability to learn is inherent and grows rapidly in his early years. Parents are fascinated as they watch their baby learn new skills and solve small problems that he encounters, especially as he enters his second and third years. A child’s learning skills involve the development of his attention span, memory skills, language, and ability to think in symbols or images. How can you maximize and support your toddler’s rapidly developing brain? Here are some ideas.

The simplest, and most helpful thing that you can do to boost your child’s learning ability is to talk to him. Ask questions, present possibilities, listen. There is never a dull moment when conversing with a child; it will stimulate his mind, as well as yours.

Encourage him to explore

Stop saying no. Let your child explore in a safe environment. Holding him back will just produce a timid child who is afraid to learn about his world. If your child seems to be unwilling, take his hand, go, and show him that it is all right. Knowing that you support him in learning gives him confidence and assures him that you’ve got his back and at the same time that you are his learning partner.

To encourage your child’s use of symbolism (the ability to represent a real object with something else), provide him with a lot of open-ended toys for pretend play. Examples are blocks, toy cars, a dollhouse, and a tea set. Don’t stop him, though, from using a non-related object to represent another object, such as a rock for a cup, or a book for a plate. Such play exhibits a higher level of thinking.

Turn off the TV, smartphone, and other digital devices

In case you haven’t heard yet, early childhood experts dissuade parents from introducing passive entertainment to children ages two and below. Brain development is actually affected by too much screen time: attention span becomes shorter and opportunities to develop other critical skills are lost.  Turn off the TV, smartphone, or whatever digital device you have, and explore the world together!

Memory games train the mind to remember. While playing with your child, ask him to remember something, such as a particular food or toy, and then ask him what it is after a period of time. You can also play lotto or matching games: turn down the picture cards, open two at a time, return when they don’t match, or keep them when they do. Another fun memory game would be “Name The Missing Object.” Lay out 5 to 6 items in front of your child, asking him remember each one, have him close his eyes, get an item, and then ask him to open his eyes and name the missing object.

During your day-to-day interaction, find ways to introduce to your child relevant categories, such as toys, books, clothes, and food. This will help him make connections and draw conclusions about objects. For playtime, give him small things like buttons or colored beads, small containers, and ask him to sort according to a particular characteristic such as color or size.

Language and learning are intertwined. Read to your child everyday, point out objects and concepts, and patiently answer his questions. A toddler loves seeing familiar objects in books and would light up in recognition when he sees something that he also has, like a ball, a toy telephone, or even shoes.

You don’t need a lot of toys to stimulate your child’s learning skills. Spend time with him, talking, reading, and playing. That’s all you need.

Mariel Uyquiengco hopes to inspire parents to be their children’s first and best teacher. She does this through her blog and online children’s book shop www.thelearningbasket.com and by giving parenting seminars about early childhood development, preschool homeschool, and raising children to be readers.