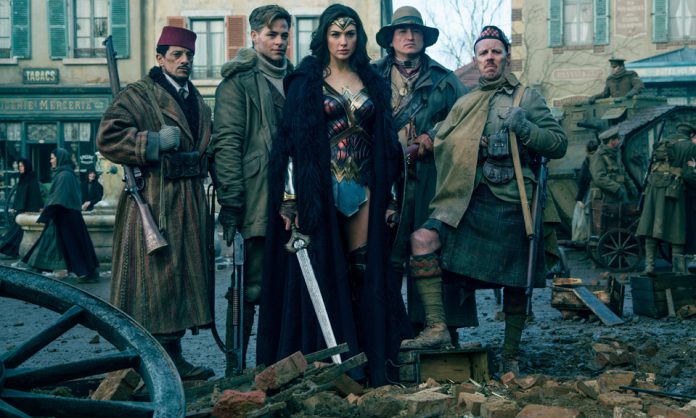 I felt goosebumps crawl all over my arms at the cinema. I was watching these foreign images of the amazonian women at battle on the beach of Themyscira, bravely fighting against the German invaders who, for the first time in decades, threatened the sacred solace of their protected island.

The Amazonian women won, because that was what they were built to do: defend the world against evil. This scene set the tone for the rest of the Wonder woman movie, which despite its cheesy script and underdeveloped storyline, did not fail to make its point.

And what was it, I wondered…as I settled into my seat. What was it about this movie that made it different from every other women empowerment campaign? Why did it receive so many rotten tomatoes? Why did it climb to number one so quickly?

My first impression of the trailer was not positive. Oh no, I thought to myself, not another girl power movie gone wrong. There are one two many and I’ve grown tired of being told by Hollywood that I should be more like a man but with big boobs and lots of sex appeal.

But the movie’s awesome reviews piqued my interest, because they celebrated both Gal Gadot, and female director Patty Jenkins for being game changers in Hollywood. I wanted to know what made these two female trailblazers different. The headlines on my social media highlighted interesting facts: that Gal Gadot was 5 months pregnant while shooting some of the action scenes as wonder woman. And that Patty Jenkins became the first female director to lead a major superhero film. I was intrigued.

And within the first 15 minutes of the movie, I was pleasantly surprised to discover that Wonder woman sang a different song. Yes, she was strong, and sexy, and beautiful. Everything about her aroused lust, as much as fear among the men who surrounded her. But she also commanded respect, not just because she wielded a strength more powerful than 10 men combined, not just because she knew more languages than the men at the top ranks in the government and military….but because, I would like to think–of her unstoppable determination to save the world. For Wonder Woman, no soul was too small to stop and drop everything for. Even if everybody thought she was crazy, even if she had to do it all on her own.

And isn’t that what women do for love? Don’t we all do crazy thing, make absurd sacrifices for those we hold most dear? Wonder Woman may not have been a mother herself, but her instinct to nurture and protect life made her a mother to many in a different way. No she may not have delivered any babies, cooked, cleaned, or sewn for anyone in the DC universe, but she did leave the safety her home to make a difference in the world of men.

“If I don’t go, who will I be?” she asked her mother, right before she left the island. This, I felt, was such a powerful statement on the fulfillment of one’s mission and purpose in life.

I once believed that it was enough for a woman to be a good wife and mother. That for the women who choose it, the homelife is enough to fulfill one’s purpose. And in many ways, it is a big part (and maybe the most important part) of every woman’s vocation. We cannot go out into the world to save it, if those closest to us are neglected.

Mother Teresa’s words “if you want to change the world, go home and love your family,” still holds true to me. I cannot emphasize how much I believe that everything starts at the home. This is why the responsibility of a homemaker is great, because all of humanity’s culture leans on the family, which is the basic unit of society. If the family is broken, society has little hope.

But I no longer believe that to choose that life, especially when one’s talents and resources are abundant, is enough. There is far too much of a need in the world. We must start all of the good we do in our homes, but cannot remain there….especially if the opportunity exists to do more.

Modern women face numerous difficult decisions. Do I pursue a life-consuming career? Do I marry and have children? Do I work? Do I become a stay at home mom? The very fact that we have these options is an opportunity we must not take for granted. Wonder woman made her choice, and went beyond her own social circles, comforts, and safety to risk her life for a cause that was bigger than herself.

And while we may not be called to kill Hades or end a world war, we are called to fulfill our life’s purpose.

We are all called to be heroes, in ways that are unique to our own circumstances, skills, and resources. Each one is born with a mission, and how we respond to the opportunities life gives us to fulfill it will determine the kind of women…the kind of people, we will be.

Wonder woman has inspired me to better myself physically, intellectually, and spiritually so that how I live each day is aligned with my own life’s mission and purpose.

What do you think you were born for? And how did the Wonder Woman movie inspire you?

Patricia Gonzalez is MOMCENTER’s Editor. She has two adorable daughters–ages 1 and 2, and is married to a man who inspires her to be a better woman everyday.

Beyond her work as a writer, she also an entrepreneur and manages the PR, marketing, and social media of two of her own local clothing brands, @coralswimwearph and @pearlclothingph.

She is a woman on a mission, and believes that motherhood is not limiting, but empowering. Join her on her journey by following her on instagram at @patriciaogonzalez.